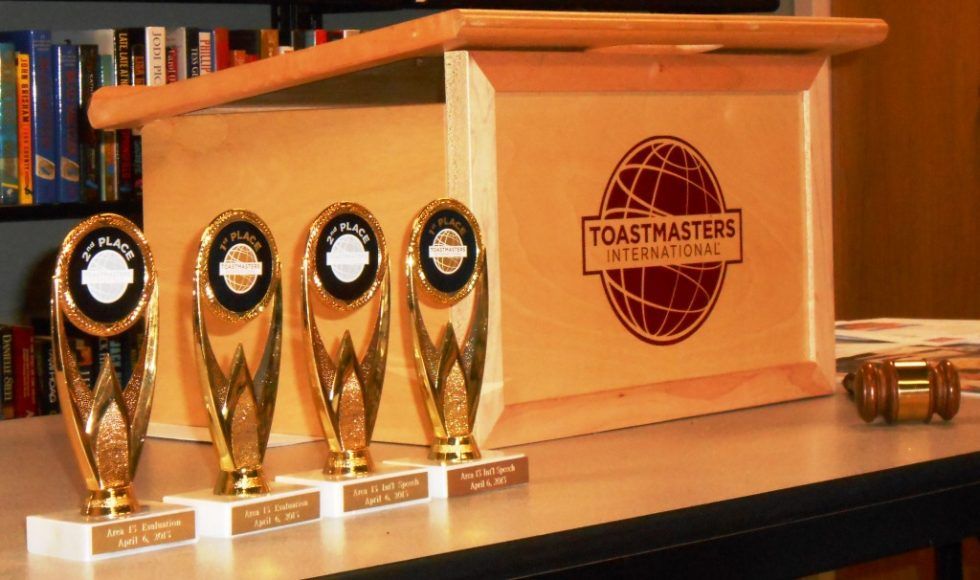 I am not good enough. I am too busy. I am not competitive.

Have you come up with other excuses to not participate in speech contests? Have you try this one: I don’t want to grow, learn or share my ideas! Then what are you doing in Toastmasters? That may sound harsh, but honestly, having been part of this organization for nearly 30 years, I think that’s the only real legitimate reason for any member to not compete in any speech contests, besides conforming to the contest eligibility rules, of course. Why? Because I’ve find the fastest way for you to grow in your presentation skill, in your confidence, and in your ability is to compete in contests.

Let’s start with the “International Speech Contest”. That’s the one you prepare a 5-7 minute speech, like most of the speeches you give to your clubs every so often. So, if you are already doing that, assuming you meet the eligibility requirements, you are already half way there! What you learn very quickly, as I did, is that instead of putting your speech together the night before you are scheduled to speak (who have not done this at least once?!), with may be a couple of run throughs, you may actually give some thought to what you wrote down. And should you keep advancing to the next level, you’ll find yourself taking that same speech and polish it, refine it, get better at it. And do you know each time you present it again to a club, you can get evaluation for another project in your path? Nothing says you can't do the same speech for the whole or most of the same path, as long as you are always improving! You will start to notice the annoying gestures you do. You will start to find better words to tell your story. You will start to learn how to make that presentation better. And if you lose? Well, you may just find yourself saying, “Hey, I can do better than that! That wasn’t the best I can do.” And you’ll go at it again next year, and the year after, and the year after that!

How about the “Humorous Speech Contest”? It’s really the same thing, but learning to add humour. The eligibility requirements are simpler, but you’d need to think a bit more on how to craft your speech with some humour techniques. What a good time to learn!

No time to prepare, you say? How about the “Evaluation Speech Contest” or the “Table Topics Speech Contest”? For these two, you can pretty much just show up! Yeah, sure you can try to practice and prepare if you are really keen, but really, you just have to show up, have fun, and let the chips fall where it may! Look at these as a fun exercise to practice what you’ve been learning all along in Toastmasters, to put yourself out there and see how far you have advanced – from year to year.

I still remember the very first time I got a taste of speech contests. It was at my very first District training session, after I’ve joined Toastmasters for about 6 months. They showed the winner of the World Champion of Public Speaking that year on the big screen, the top winner of the International Speech Contest. After watching that speech, I still remember my first thought was, hey, that speech was pretty good, but I think I can do that! Of course, little did I know then, that was Mark Brown (if you don’t know who he is, just search him up on the internet and YouTube). Throughout the years, I’ve competed in various contests with various levels of successes, and failures I might add. The one thing without fail, though, is I learn each time, and grow a little each time. And what I find is having something at stake, by competing, it helped me to grow faster than just going to regular club meetings. There is motivation. Initially it was compete with others, but over the years, I’ve learn it more important to compete with myself, to do better than I did before. Trying out new techniques and skills I’ve learn and put them into practice. It’s like it’s all good for you to go and learn self-defense, but can you apply it when you need to use it in real life?

How about one more twist? Do you know that besides the 5 contests listed in the Toastmasters rule book (the four I’ve mentioned plus the “Tall Tales contest”), there are other speech contests conducted in the same Toastmasters realm? In Districts where most speaker’s native language is not English, they may run contests in non-English following the rules of the International Speech Contest, but just that they advance to the District level. As the pandemic has pushed virtually all clubs to meet online, and then pushing all contests online, this also afforded unprecedented opportunity for members across the globe to participate in these different contests that would otherwise be impossible. I have taken on this challenge this year as I have joined a club in District 89 (Hong Kong, Macau, and Southern China), which I have written about in a previous article. Now, I’m in their Mandarin speech contest! It should be noted that while I may say I speak Chinese, I speak the Hong Kong Cantonese dialect. And you can just look up on the internet and find videos comparing the differences between Cantonese and Mandarin. So having done several full length speeches (5-7 minutes) in Cantonese already, this is taking to another level, to modify one of those speech to be “Mandarin friendly” (think about the Quebecois French and France French, but even more different), and then to learn to speak it with the proper pronunciations! How far can I take this? Who knows! But it’s a challenge I can’t pass up. Can you?

Vincent Li DTM, is a charter member of Community Impact Speaker to which he currently still belongs, as well as a member of Parakeets Toastmasters, Burnaby Toasters, and Shatin Evangel Toastmasters. Vincent has been part of the Toastmasters organization for over 25 years, and can be reached at vli.dtm@gmail.com.